Okay, so this weekend I made a HORRIBLE mistake and I want to take this time to get my life back from said travesty that I had to endure for the sake of you Blockheads. So while writing my review for Black Mirror Season 4 (I’m still writing, but I had to do this first) I needed a pallet cleanser. So everyone was hyping up the latest anime adaptation that Netflix was releasing, Devilman Crybaby. 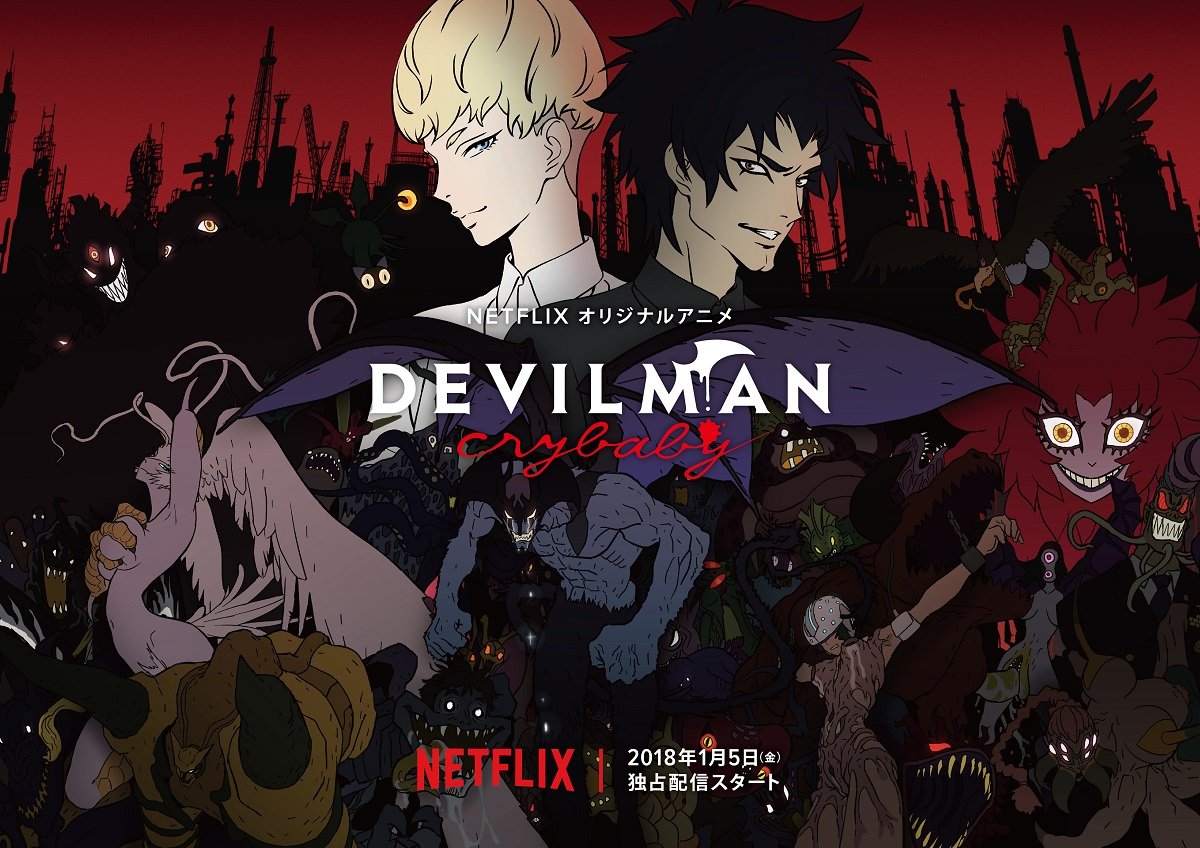 So, this was a 10 episode series adaptation of the old manga from the 70’s of the Devilman series of stories. Now, I know it just came out this weekend and not a lot of people have gotten a chance to finish it, so this will be a Spoiler Free version review.

The story follows our main characters Akira and Ryo. They were childhood friends and their lives took totally different paths, Ryo somehow accelerated his studies and became a professor in the US. While Akira grew up relatively normal. One day Ryo returns and needs Akira’s help because he is the only one he could trust. Akira agrees to help and Ryo explains his research has been as of late working with a professor trying to discover demons and he wants to expose those said demons to the world. While getting footage, Akira becomes possessed by the demon spirit Amon, but it is different and he can control it and retains his human heart. He becomes neither a demon, but no longer a man, he is now a Devilman.

The main thing I found my self screaming at the screen, because yes I was screaming like they could hear me, was “WHAT IS HAPPENING?!” This anime from start to finish made no sense at all. Like it was truly all over the place and when it is all done it leaves you asking yourself and the creators “Why did we do ANY OF THIS at all in the first place?” It really is a roller coaster and super visual.

So, I literally wanted to turn this anime off by just the opening alone. It is really bad and the visuals in the opening really turned me off, but I took it as me just slowly turning into an anime snob so I powered forward. Overall, I didn’t care for the art style in the anime and I understand the source material was older but it lacked a lot of the details in areas and super bold in others. I feel like they tried to make up for the ‘laxed artwork by throwing colors and action scenes at us. For everyone who complained about shows like Neo Yokio or demanded Dragonball Super take the artwork more seriously and scrutinized each and every panel, I have heard nothing but praise on the visuals and art style of Devilman Crybaby. To that, I call bullshit on all of their former complaints. So beyond the art style the plot was solid but it was crazily executed. I could not really follow the story’s “Why” to all of this was happening. They would establish multiple big bad characters and then BOOM, they look at you and say never mind them, they weren’t really important. I feel like they were only given 10 episodes and forced to fit everything in these episodes. There was a HUGE sexualized overtone in this show. Like, it was borderline hentai at moments. I know that the times they took the material from were an edgier and intense time in manga, but come on!

That was one of the more tame moments. But with the hyper sexual overtone was the subtle Christian undertones. And they usually followed each other, when you get to the twist it makes a bit more sense but just watching straight through it was confusing. There was also this SUPER anime glow-up he gets in literally the first episode.

But honestly, the worst thing about this damn anime is the feeling of emptiness you have once you finally get to the climax and everything is said and done. Like I felt like the story was all for naught and that we really need to just erase this whole experience from our heads.

With all of the bad, and trust me I could really go on, there were some amazing good spots. Within a couple of the episodes you get attached and invested in these characters. Even with the pacing being super fast and all over the place, you were able to grab hold to a small group of these characters and watch their development. They were able to build up to some major tear jerking moments where I thought I literally was not going to be able to feel anything. They were able to convey the story as close to the manga as I’ve seen in a lot of these Netflix adaptations. The studios that gave us this may not have won me over fully but they did provide me with some moments of greatness. You can really feel the passion and the emotion in key scenes. My favorite part of the anime as a whole were the random rap cyphers that tied everything story wise together and if you were not paying attention, catch you back up in the action. Whoever they got to portray the rap dudes, I tip my hats to them. I loved every bar. I need a mix tape from those guys. 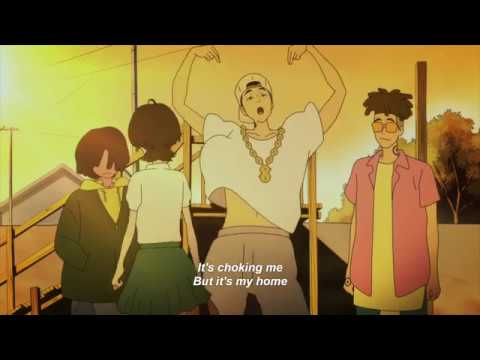 Honestly, I will NEVER sit through this anime again. But I do have to give it the props it earned in some of the places it succeeded. But with all of the craziness and especially the ending I was legit not pleased with the overall product. I know I will catch a lot of flak for saying that. But, take a good look and take the “shiny new anime” glasses off, you will see it too. It had a lot of redeeming points but not enough to save it or the world in the end. I might do a full spoiler review later on, but I think I got all of my anger out.

One thought on “The Binge: Reclaiming My Time (Devilman Crybaby Review)”

Navigating life, one cringe at a time